It is believed by most people that robots would be taking over our lives one day because of the accelerated development of science and technology especially with the A...

It is believed by most people that robots would be taking over our lives one day because of the accelerated development of science and technology especially with the AI. Happily it did not happen yet and maybe we wouldn't live to see the day.  However if we ever want to know what that would be like if it ever happened, we can take a look at the science fiction culture and discover hundreds of imagined futures.

Analyzing science fiction is great and a fun way to explore how science and technology can unfold in the future. Robots are part of both worlds whether it is fictional or actual. Today we will be discussing some factors that affect robotic voice and how to apply those in the concept of sound design.

A robot is simply an automatically operated device that replaces human effort. This means a robot can have a lot of sonic character whether it is bodily movements or vocal expressions. A robots' voice can be affected by its body. Meaning that the body may or may not signify its voice depending on the robots' nature.

The way the robots body look is a good way to imagine the robots' sound. Is it large or small? Is it made of metal? Maybe we are looking at a holographic body which will accordingly effect its voice. These are all parts of the robots character. Let's talk about further into the subject below. 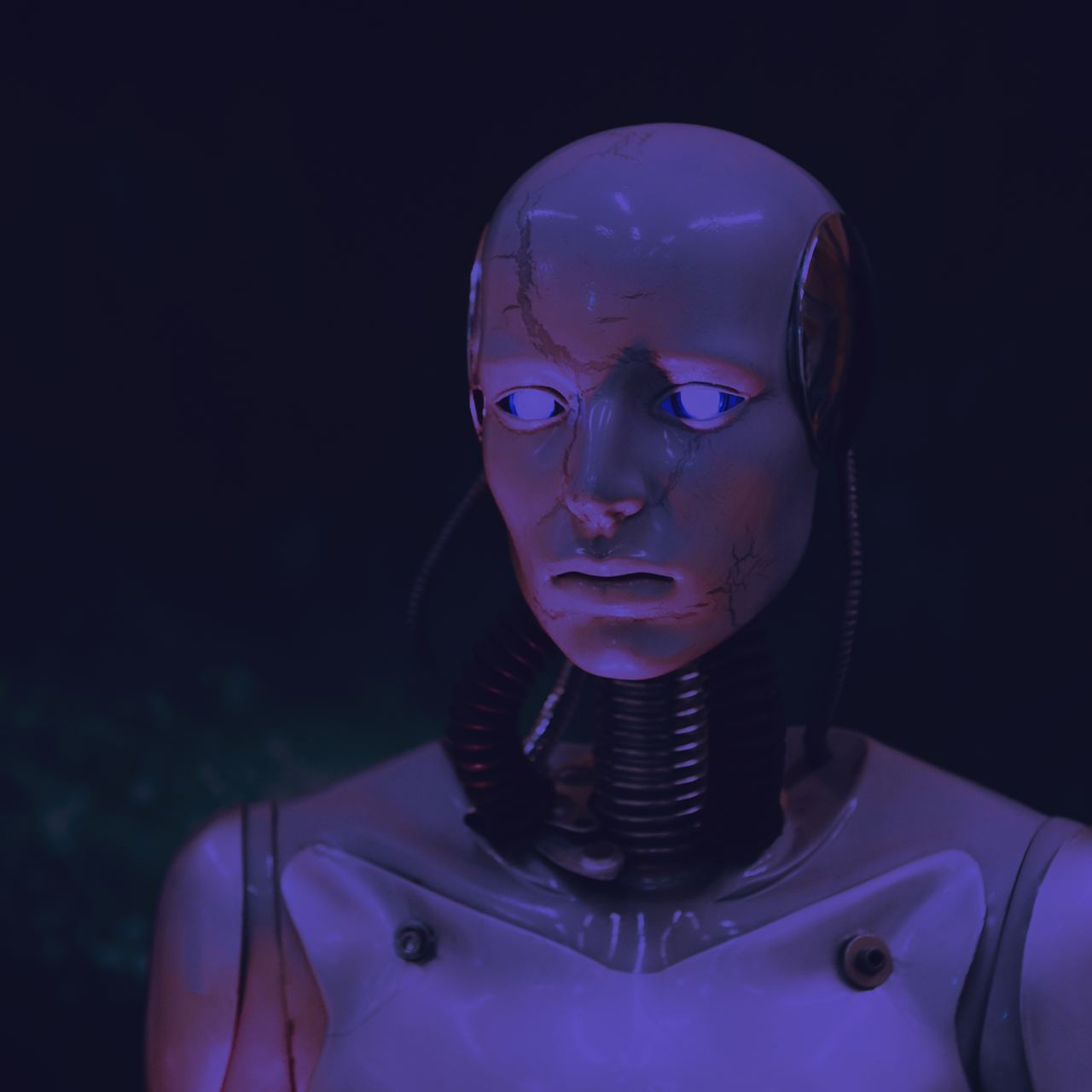 "Cinematic" is a representative term of a concept and a way of storytelling which is told by the characters of the story. When we are sound designing a robots' voice, we can first observe its character and also the story it reside in. Ask these following questions. Does the robot have a representing gender quality? Is it masculine or feminine or somewhere in between? Keep in mind that a robots voice is mostly considered androgynous which means an indeterminate gender, both female and male.  We already said to observe its body. What is it made of? What is the size, color and material of its body?

Looking at general appearance of the subjects' body will give you some ideas of the sonic characteristics of its voice and general texture of its bodily movements.  For instance, if it does have large body, go for low pitched vox and high pitched if it has a smaller one. If it is holographic like we said, then go for a more digitalized texture. Whatever you are looking at on the screen, should sound like it belongs into that universe. It is essential for sound designing any type of media. Also try to recognize the the robots' character by observing its interactions to its environment. All of this can give you a starting point.

Now, you have some ideas about robot's character. Let's assume it is a humanoid robot which means that it is communicating similar to human. This might not be what you are looking at but it should still work.

The first thing you should have is a source recording which is the initial layer of sound for your subject. If this is a humanoid robot like we assume, a human voice recording would be enough for starters. This method is great way to quickly start manipulating or adding character to the sound. Start by duplicating your source recording. We recommend duplicating the source at least two times so that you would have three files in total of the same source recording. Layer them on top of each other. The sounds should be overlapping on one another. You can move them slightly and give just a tad of spacing between the sounds to add up some spice to it.

Now you have three of the same single source overlapping on top of each other. It is time to apply effects to the sounds individually. Put one track on solo and apply some effects. We recommend pitch shifting for quick manipulation. The pitch shift effect is mostly what is used in lots of movies. You will recognize it instantly. When you are done pitch shifting one of the sources try doing the same thing on one other channel in a different pitch. When you unsolo your tracks, you should be hearing something similar to a humans voice but not quite. We recommend leaving one channel as is if you don't want it to lose its humanoid character. However, this is also up to your endless creative possibilities. Do whatever works best for you.

Pitch shifting is not the ultimate way of doing this but it is an important aspect of this type of design.. You can apply any effect really, in terms of getting what you are imagining. Also one other thing that will enrich the sound would be applying of various effects on individual channels. Rendering and layering parts of them onto your recording. This way it can become more versatile in texture.

Pitch shifting is not the ultimate way, that is true. But when it is combined with formant shifting, it can give powerful results. Let's define what formant shifting is before getting deeper into the subject. According to steinberg's definition, formants are the harmonic frequencies that occur in the human voice. They define the timbre of vocal and shifting it does not affect the pitch and timing of the audio. So when you formant shift, the pitch of the sound stays the same but tone(thickness) of it changes.

If you want to know more about formants, check out this video on YouTube: Formants Explained and Demonstrated

Pitch shifting and formant shifting will manipulate the timbre of the voice greatly and is a great tool for de-humanizing your vocals. Combined with other effects, you can have impressive results in no time. Just experiment and see where it takes you.

Combining and managing all these settings can be overwhelming especially if you are just starting out. So we will recommend you this plugin that will make things easier for you.    If you are looking for a comprehensive sound effects plugin for voices check out VocalSynth 2 by iZotope. It is a great combination of tools that will give you so much accesibility to whole range of very cool vocal sound effects. Check it out on YouTube: Sci-Fi Voice Sound Design With Izotope VocalSynth 2

It has all of what we mentioned above and more...

We covered a starting point about robotic sound design. Like in any artistic discipline, creativity plays a huge role in your designs. Lots of concepts can be observed deeply and more comprehensibly according to your creative focus.  If you are a science fiction enthusiast and want to know more about deeper aspects of sci-fi sounds, check out this great book "The Sound Of Things To Come: An Audible History Of The Science Fiction Film" by Trace Reddell where the origins of sonic science fiction, philosophy of cosmos through synthesizers, the subject of sonic alienation and many other deeper subjects are reviewed and discussed.